We had a very high tide in Venice this morning, though not as dramatic - or unexpected - as the big acqua alta one year ago. This time there were plenty of advance warnings over the weekend, culminating in the sirens which sounded at 5am with three rising notes to warn that the waters would reach 130cm. It was an accurate prediction: the peak was 131cm at 9am.

When the water is this high it isn't possible to get far around the city without wellington boots. Those who'd arrived in town unprepared had to splash in shoes, go barefoot, clamber along walls, or hope to pay over the odds for wellies or plastic shoe-protectors. Rather than sit it out for a few hours, I waded off to see the sights and take photographs.

The scene wasn't as dramatic as last year, when even residents were taken by surprise and I saw marooned tourists perched on the top of benches, waiting for the water levels to fall. Still, there were interesting sights, including the many Venetians who went about their everyday Monday morning business in boots or waders. The binmen wheeled their rubbish carts through the floods; policemen and women supervised the duckboards by St. Mark's; a grandmother carried a child to school on her back through the water; a group of Jewish men posed on chairs in the middle of St. Mark's Square.

After a couple of hours only the lowest-lying areas - like St. Mark's Square - were still underwater. We've more high tides forecast, but tonight's is only moderate and tomorrow's is expected to be 115cm - wellies still advisable, but much less drama.

> My article about acqua alta, debunking some of the dramatic news stories
> My journal of the historic flooding of December 2008 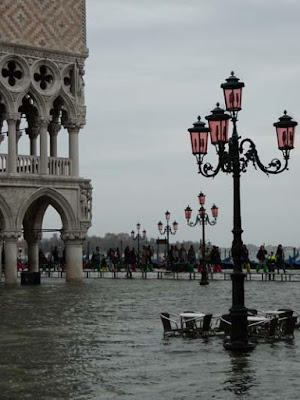 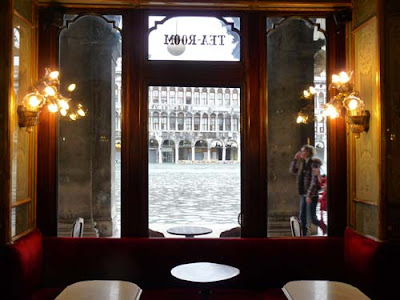 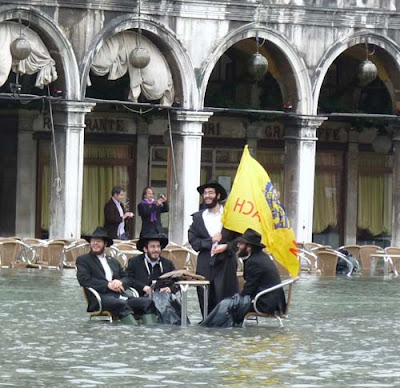 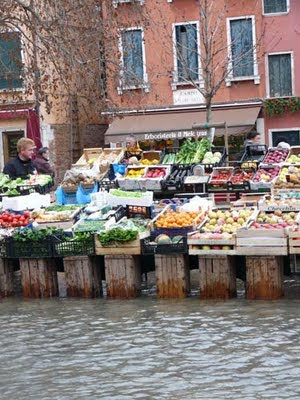 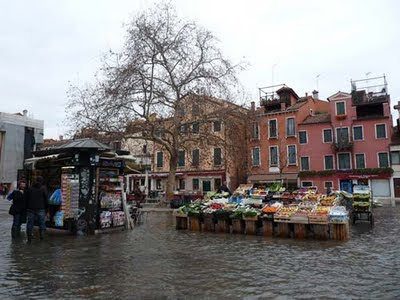 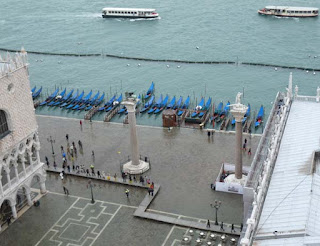 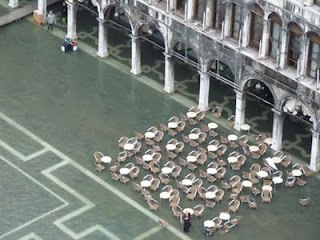 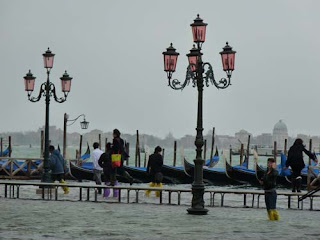 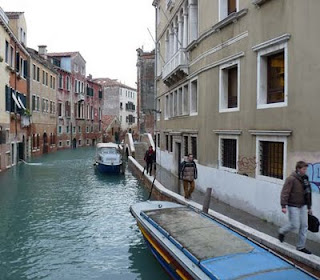