Have you been deterred from visiting Greece by the repeated strikes, unrest and uncertainty over the country's economy? (Today's Times: Clashes as strike brings Greece to standstill over austerity measures).

Italy may have its own problems but you would probably be justified in thinking it a better holiday prospect at the moment. Greek colonies in Italy - grouped together under the name Magna Graecia - were an important part of the ancient world. Some of the most powerful and famous Ancient Greek cities were on what is now Italian soil. So if you want to postpone a trip to beleaguered Greece, you could experience Greek history, museums and superb ruins in southern Italy or Sicily instead.

Here are some suggested destinations for Greek ruins in Italy, or for museums containing important Greek exhibits

> Siracusa - Greek Syracuse was a rival to Athens. Siracusa, as it's now called, is in Sicily, and has an excellent museum, a large and interesting archaeological zone - including quarries where Athenian prisoners were incarcerated - and a Greek temple converted into a cathedral. The lively coastal town is a good all-round destination.
> Paestum - atmospheric Greek temples in the middle of the countryside in Campania, south of Naples and the Amalfi Coast
> Agrigento - on the southern coast of Sicily, Agrigento is famous for its 'Valley of the Temples'. Agrigento's UNESCO listing notes "Agrigento was one of the greatest cities of the ancient Mediterranean world, and it has been preserved in an exceptionally intact condition. Its great row of Doric temples is one of the most outstanding monuments of Greek art and culture."
> Segesta - an isolated temple in the Sicilian countryside, near Trapani
> Aeolian Islands - the Aeolian Islands, off the shore of Sicily, have been important trading posts for millennia and though there aren't imposing Greek ruins, there are many tombs and a museum (on Lipari) containing an important collection of model theatrical masks and pottery.
> Reggio Calabria - the archaeological museum in Reggio Calabria, southern Italy, contains some of the finest extant Greek sculptures, the Riace bronzes.
> Rome - many of greatest sculptures of Ancient Greece ended up in Rome and some, along with Roman copies of Greek works, can be seen the great museums of Rome.
No comments: 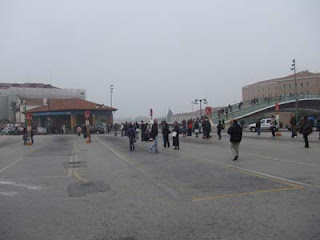 There's an Alitalia strike on Tuesday (if you've followed Italy Heaven's advice, you won't be flying Alitalia anyway, though). On Tuesday afternoon there is also a 4-hour strike by staff of Meridiana and Eurofly.

On Friday 19th February there are public transport strikes which will affect more travellers - of local transport and trains, between 10am and 2pm. The manner, impact and timing will probably vary from place to place - try checking the public transport website for the places you are visiting for the most accurate information. Avoiding travel over those 4 hours would obviously be the ideal option.

In Venice, ACTV boats and buses will be on strike between 10am and 1pm (there is always a basic minimum boat service), while ATVO longer-distance buses have announced a strike between 9am and noon, though it isn't clear if their airport buses are included; previously these have operated anyway. In Rome the local company is ATAC; I haven't yet found an announcement, so you should check nearer the time. In Milan, ATM are striking from 6pm to 10pm.

And on the 5th March there is a 24-hour strike by ground staff at Milan Malpensa and Milan Linate. Like Alitalia, the Milan airports are particularly beset by strike action.

> Strikes in Italy
No comments: 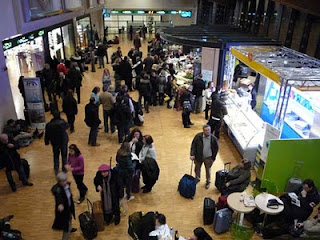 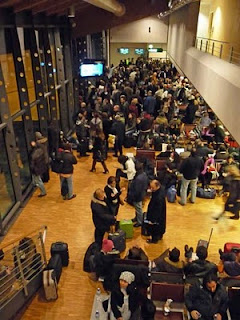 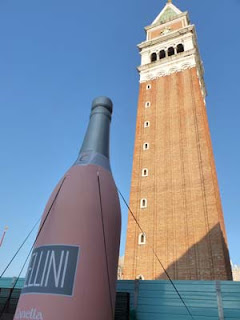 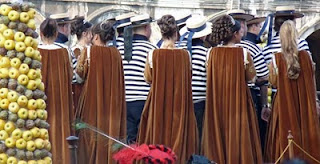 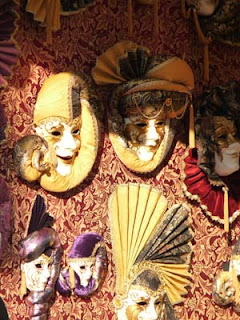 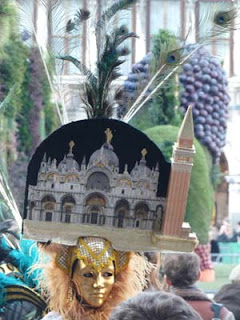 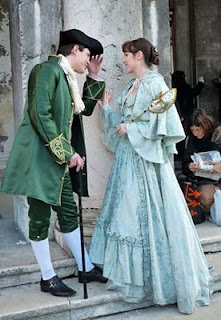 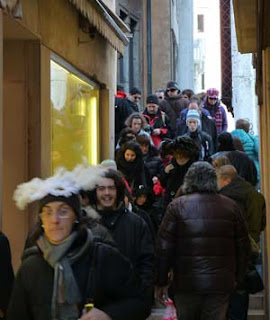 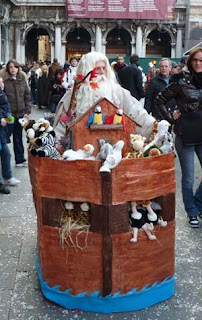